The Art of Lyric Jewellery

Brave and inspiring, driven by the maker’s own subconscious, Dorothy Hogg’s evocative jewellery engages the senses as well as psyche, and is always responsive to, and respectful of, its wearer. Profile by Dr Elizabeth Goring.

USED by a master, the language of jewellery is uniquely potent and intimate. But very few have the finesse to use it as fluently as Dorothy Hogg, whose work provides a masterclass in making jewellery speak from the soul. Her jewellery is often characterised as restrained, but to do so risks missing its profundity. Beneath that minimalist exterior lies a depth of expression that pierces the heart; it can perhaps be described best as three-dimensional lyricism. Yet this pellucid exposure of Dorothy Hogg’s innermost feelings through the concentrating lens of jewellery speaks softly. Her voice is never didactic or hectoring, never insisting on its primacy over resonances from the lives of those who wear her pieces. She speaks the language of jewellery with an understated eloquence, offering dialogue and reflection, not dominance. Dorothy Hogg grew up in Troon, a small seaside town in Ayrshire on the west coast of Scotland where her father William Hogg and grandfather James Hogg each had a traditional jewellery business. ‘In both shops there was a hive of activity where watch and clock making, repairing, optical testing and prescribing, and the retailing of jewellery, silverware, clocks and watches took place. As far back as I can remember I helped in both shops,and would have much preferred to spend time there than attending the grim and uninspiring local primary school. 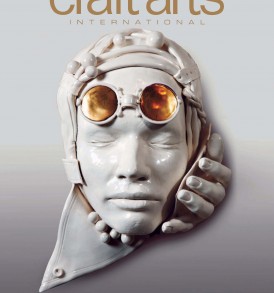 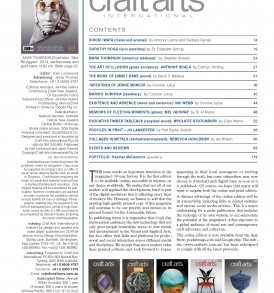